Beside the Montpellier ecotron, CNRS also develop the Ile-de-France ecotron. These sister infrastructures, supported by the CNRS Large Instruments Committee, are on the French national infrastructure roadmap. They are included in the AnaEE-France structure (partly supported by the ANR Investissement d’Avenir). AnaEE-France is part of the European ESFRI project AnaEE (www.anaee.eu). Most of the European Environmental Research Infrastructure are interacting via the ENVRI project. 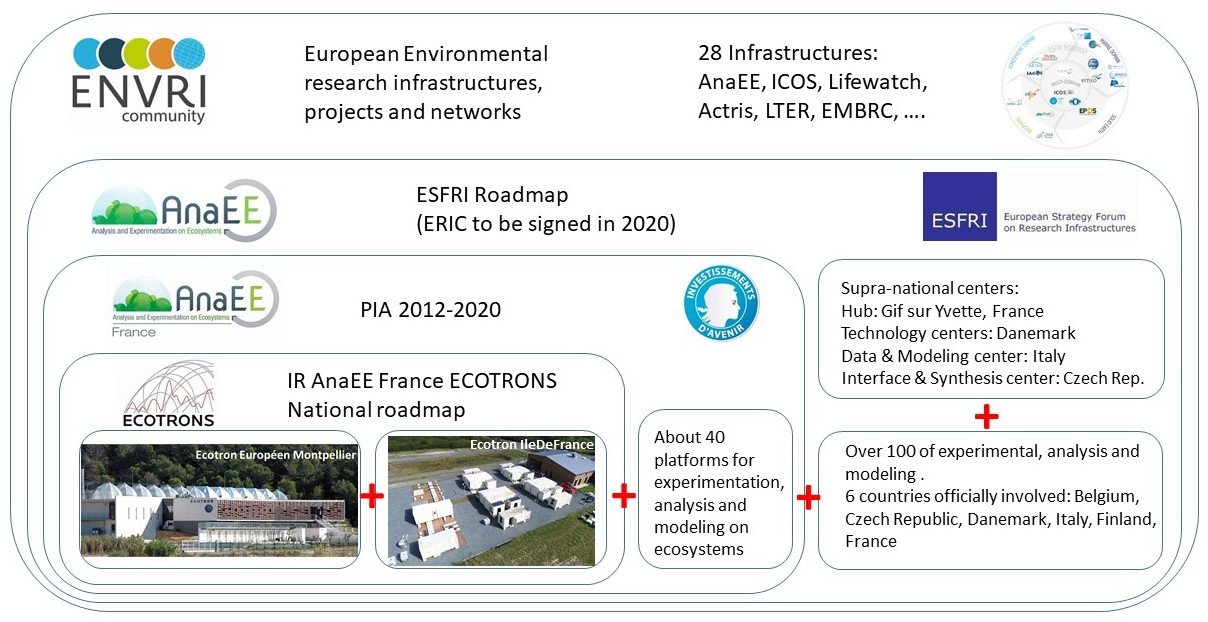 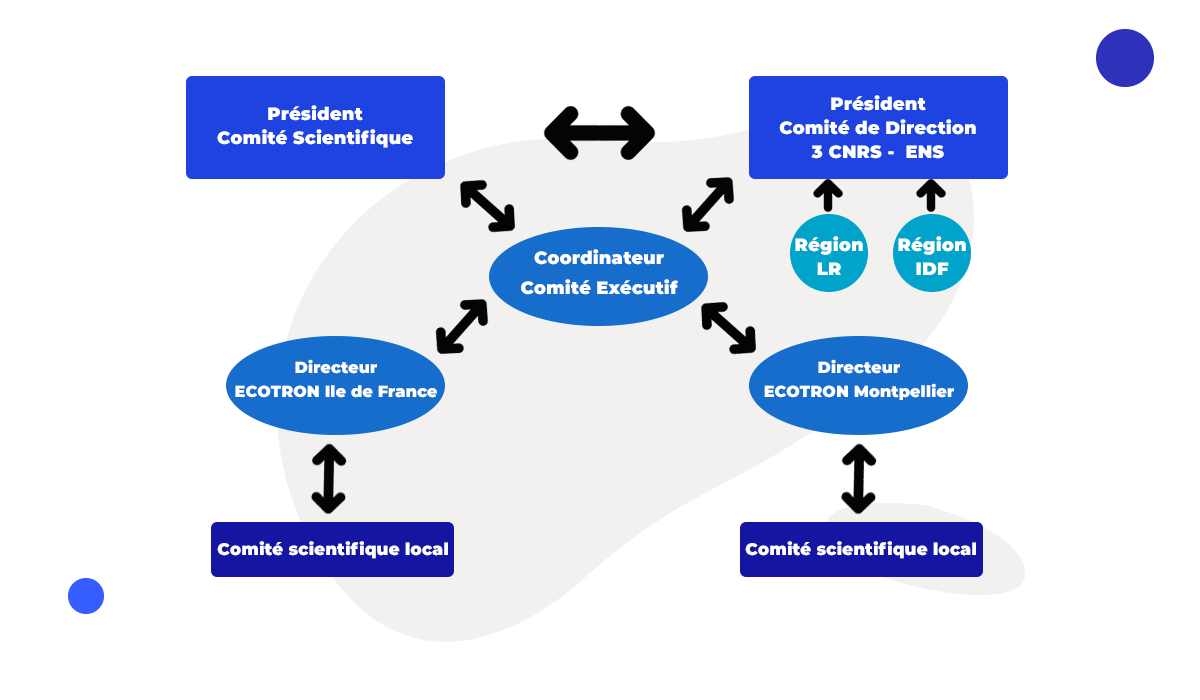 The CNRS infrastructure Ecotrons is composed of the European Ecotron of Montpellier and the Ile-De-France Ecotron. Each Ecotron has its specific scientific committee in charge of selecting the scientific projects. The coordinator of the Ecotrons infrastructure is one of the Ecotrons directors, on a turn. The overall Scientific Committee of the infrastructure gives advice on the general scientific and policy aspects as well as on the very large scientific projects which would occupy a whole platform for a long time. The steering committee composed of funding research bodies representatives (CNRS and ENS) as well as ministry and regions representatives, takes decisions on the general scientific and policy aspects.

The « Phytotron » term came up in a conversation between Pasadena biologists. It was built on the structure of the term « cyclotron », the great instrument of physicists built in 1941 in Berkeley. It was used at the inauguration of the Earhart Plant Research Laboratory designed by F. Went to emphasize the similarity between instruments for biologists and physicists (equally expensive and important to society). Several phytotrons were subsequently constructed around the world in the early 1960s :

The « Ecotron » term was invented at the Botanical Institute of Montpellier at the end of the 1950s by its director Louis Emberger to describe a study project on plant ecophysiology. An article published in the UNESCO Bulletin of September 1960 presents the project. But it was in 1963 that the first Ecotron project was submitted to the University of Montpellier by Frode Eckardt (CNRS). F. Eckardt worked between 1956 and 1957 with Fritz Went in his new Phytotron in Pasadena. Back in France and certainly inspired by this impressive installation, F. Eckardt had the ambition to develop a similar installation but dedicated to the study of plant responses and their adaptation to the environment.

In the late 1950s, F. Went moved to St. Louis, Missouri, where he built the Climatron, a large air-conditioned greenhouse to display the world’s ecosystems. Various climates (from the Amazon to the cool highlands of India) were recreated without the physical partitioning of space. Subsequently, F. Went moved to Reno, Nevada, to contribute to the development of the Desert Research Institute. His successors, Tim Ball and then Jay Arnone, developed the Ecocells in the 1990s, whose principles of operation and analysis are similar to those of an Ecotron. F. Eckardt did not succeed in building his Ecotron, but he has become an international leader in the development of plant ecophysiology methods, in particular the measurement of gaseous exchanges in ecosystems in controlled environments. This was the core activity of Bernard Saugier and André Berger of the ecophysiology laboratory of the Centre d’Etudes Phytosociologiques et Ecologiques of the CNRS (now the Centre d’Ecologie Fonctionnelle et Evolutive). Jacques Roy was their pupil, then their colleague at CNRS. He managed various installations always in the same field and was entrusted with the construction of the Montpellier Ecotron in 1999.

The ecotrons concept and design arose from the development of various Controlled Environment Facilities (CEF). In a supplementary information file to the 2020 paper by Roy et al. in Global Change Biology, the CEF which paved the way for the development of current ecotrons are described (the phytotrons of the 1950s and 1960s, the sunlit growth chambers, the Closed Ecological Life Support Systems, the early ecotrons) as well as facilities which are now being developed for aquatic ecosystem research and plant phenotyping and which also involve environmental conditioning and plant or ecosystem measurements.

You wish to have more information on our current projects